I think my mask of sanity is about to slip.Jan. 21, 2000USA102 Min.R
Your rating: 0
8 1 vote
300MB MoviesCrimeDramaDual Audio MoviesHorrorThriller

In 1988, wealthy New York investment banker Patrick Bateman’s life revolves around dining at trendy restaurants while keeping up appearances for his fiancée Evelyn and his circle of wealthy and shallow associates, most of whom he dislikes. Bateman describes the material accouterments of his lifestyle, including his morning exercise, beautification routine, a designer wardrobe, and expensive furniture. He also discusses his music collection in scholarly detail. Bateman and his associates flaunt their business cards in a display of vanity. Enraged by the superiority of his co-worker Paul Allen’s card, Bateman murders a homeless man and his dog. At a Christmas party, Bateman makes plans to have dinner with Allen, who mistakes Bateman for another coworker. Bateman gets Allen drunk and lures him back to his apartment. While playing “Hip to Be Square”, Bateman delivers a monologue to Allen about the artistic merits of the song, then murders Allen with a chrome axe. He disposes of the body, then stages Allen’s apartment so that others believe Allen has gone to London. Bateman is later interviewed about Allen’s disappearance by private detective Donald Kimball.

Bateman takes two prostitutes, who he names Christie and Sabrina, to his apartment and expounds on his opinions of the band Genesis. After they have sex, Bateman brings out instruments he uses for bodily harm. They later leave his apartment evidently bloodied and mistreated. Bateman’s colleague Luis Carruthers reveals a new business card. Bateman tries to kill Luis in the restroom of an expensive restaurant, but Luis mistakes the attempt for a sexual advance and declares his love for Bateman, who flees in disgust. After murdering a model, Bateman invites his secretary Jean to dinner, suggesting she meet him at his apartment for drinks. When Jean arrives, unbeknownst to her, Bateman holds a nail gun to the back of her head while they chat. When he receives a message from Evelyn on his answering machine, he asks Jean to leave.


If you’re facing any problem please Comment below Thanks. 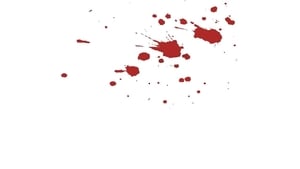