A Saiyan space pod flying through space crash-lands on Earth out of which a wounded Broly crawls out, who barely escaped from the “new” planet Vegeta just moments before it was destroyed. The Legendary Super Saiyan reverts to his normal state, then falls unconscious as the crater freezes over him.

Seven years later, Goku is deceased after having sacrificed his life to save the Earth from Cell. Goten, Trunks, and Videl search for the magical Dragon Balls and encounter the cursed village, Nataday. With the villagers haunted by a supposed monster, they are prompted by their priest to conduct human sacrifice to appease the threat. Goten, Trunks, and Videl devise a plan to bait the supposed monster. However, when Goten inadvertently obstructs the plan, Videl slaps him and he soon begins to cry. The supposed monster, a dinosaur, is drawn out but is quickly vanquished by Goten and Trunks. With the priest exiled and Nataday peaceful, the group departed to continue their Dragon Ball search.

Unbeknownst to the group, Goten’s cries awaken Broly as he emerges from the frozen crater. As night falls the group rests having collected six of the seven Dragon Balls. When a loud eruption occurs, Videl takes off to investigate leaving Goten and Trunks to sleep. She soon encounters Broly and due to not knowing who he was, fights him but he makes quick work of her. As she is left unconscious Goten and Trunks arrive hesitant to engage him. Goten is soon targeted by Broly, whose defeat at Goku’s hand has left his mind damaged to the point that he confuses Goten for his father. Goten and Trunks ascend to their Super Saiyan forms and battle Broly but they are no match for the Saiyan juggernaut and they flee in fear. However Broly manages to catch up and pummels them both, but before he can kill them, Gohan lands within the battle just in time to save them as Videl returns to consciousness. Noting Gohan resembles Goku more than Goten, Broly shifts his focus towards him. As Goten, Trunks, and Videl attempt to gather the Dragon Balls, Broly, vastly outmatching Gohan, taunts the Saiyan and directs a lethal sphere of energy towards them. In great distress, Gohan races towards them and attempts to deflect it and shield them from the blast. The ensuing explosion blows them all away. 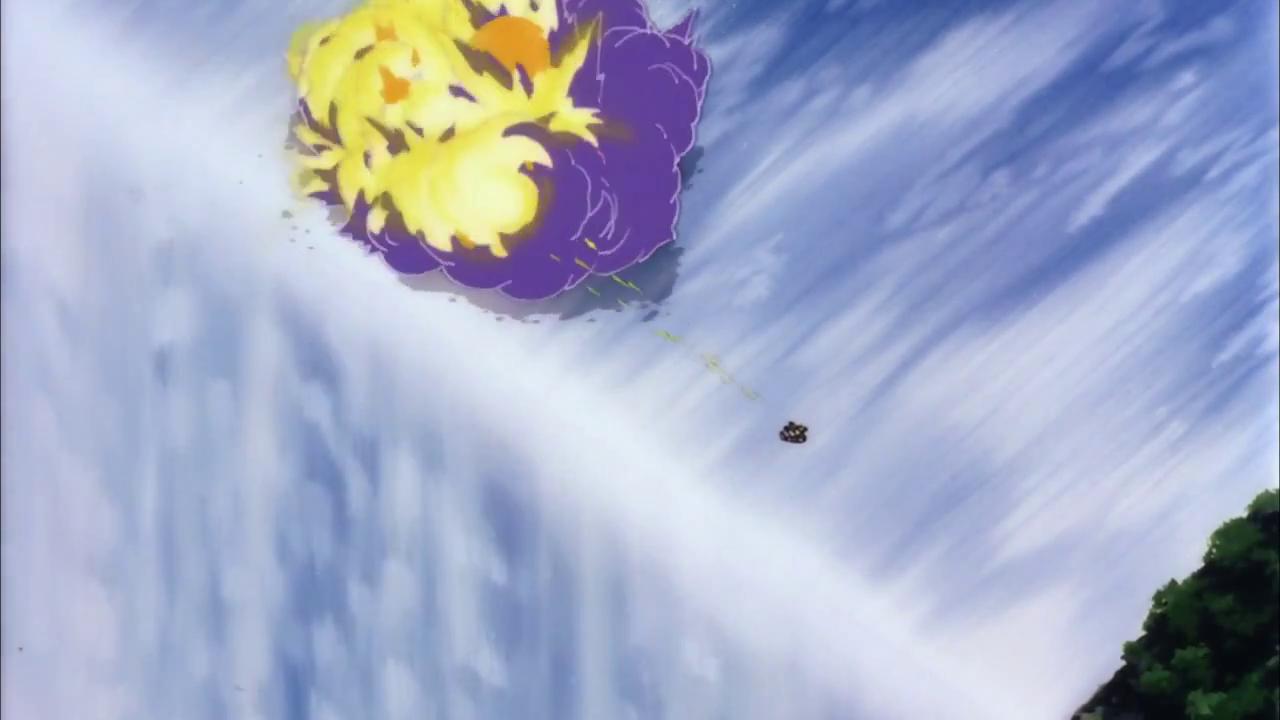